Am I going to be replaced by a machine? 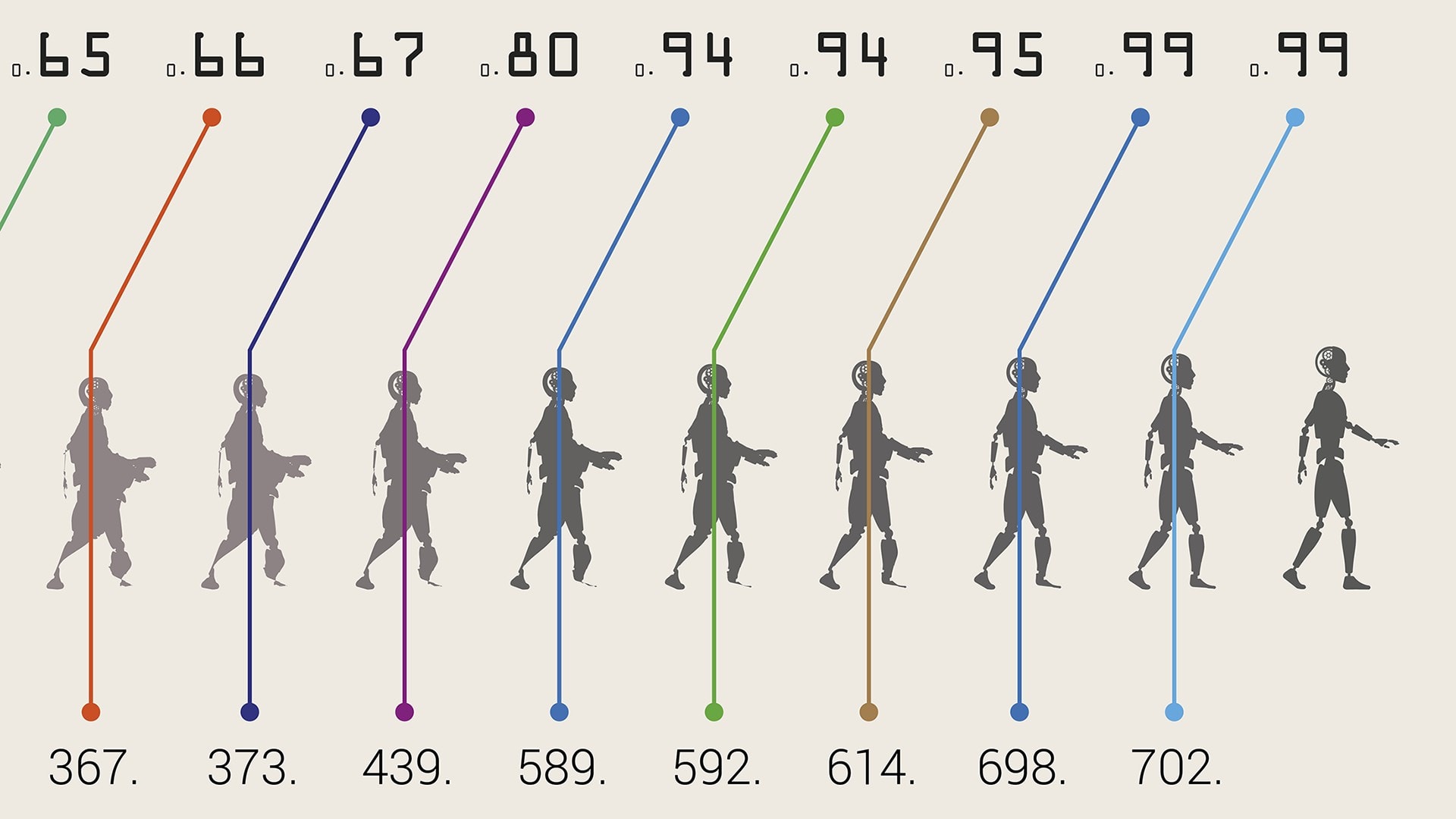 Does the future of employment belong to man or the machine? Our ability as humans to ‘think creative’ and outside the box might just give us the edge.

Can AI be Frank?

Having recently watched the film ‘Robot and Frank’ about, well, a robot called Robot and a man called Frank, it got me thinking again about artificial intelligence (AI) and its impact on the job market. Bear with me, there is a creative angle!

In the film, Frank, an elderly ex-con who lives alone, becomes ever more dependent on Robot to assist him as his memory increasingly lets him down. In other words, Frank’s human frailties or limits give rise to Robot’s employment and provide ‘him’ with ‘his’ (he has a man’s voice) role.

Assuming Frank represents the human workforce and its limitations, the film raises an important question regarding its future. In a nutshell, at what point does Robot cease to be the sidekick and become Frank?

We took on the subject of the future of employment a couple of years ago in an infographic about AI and the automation of job roles.

The visualisation is based on data from an Oxford University study, ‘The Future of Employment: How Susceptible are Jobs to Computerisation’, which categorises 25 occupations according to their susceptibility to computerisation.

Taking the recognised ‘Evolution of Man’ illustration as a starting point and giving it a #MeToo makeover, the graphic shows a woman mutating into a robot. In so doing, it asks the question just how far has our species developed? We might excel in terms of technology but our humanity remains arrested. Half of the species still don’t have equality in the workplace (and elsewhere) and we are now replacing humans with machines.

Does the future of employment belong to man or the machine? Our ability as humans to #thinkcreative and outside the box might just give us the edge.

We picked the Oxford research to visualise partly because the subject was both topical and trending (it still is), but also for more selfish reasons. After all, who doesn’t want to know if their chosen profession is about to be taken over by intelligent machines?

Am I going to be replaced by a machine?

The Oxford study told us that roles that are more process-driven or that rely on repetitive and predictable activities are at most risk of computerisation.

In contrast, those roles that rely more heavily on human qualities such as HR managers (obviously!), therapists and more creative professions (like marketers and graphic designers) are less at risk of computerisation.

Sophia Bernazzani at Hubspot recently wrote about those jobs AI will replace (and those it won’t). While the results are deliberately skewed towards marketing, Bernazzani does explain why comms-related roles can’t easily be filled by AI.

“Marketing managers have to interpret data, monitor trends, oversee campaigns, and create content. They also have to nimbly adapt and respond to changes and feedback from the rest of the company and customers, making this another human-forward career AI isn’t quite ready to replicate.”

According to other research published since the Oxford study, such as ‘The Future of Jobs Report’ by the World Economic Forum, AI will create more jobs than it destroys, requiring the workforce to upskill and reskill. These newly created jobs will, according to McKinsey, rely heavily on social and emotional skills – i.e. human characteristics.

In the fast-moving creative comms sector, upskilling or reskilling is not new. It’s something we creatives have to do all of the time. We rely heavily on our human attributes as well as our technological and creative skills to communicate ideas that will attract people’s attention and resonate with them.

In NEO’s case, we operate largely within the B2B sector where, interestingly, while there is a social element to all communication, it is logic and not emotion that has traditionally been the selling point of creative campaigns. I say traditionally because things are certainly changing. Just like their B2C cousins, B2B businesses are also now looking to appeal to the emotional hearts of their audiences. My point being that emotional skills, which have always been a requisite of consumer campaigns, are also accelerating in importance in our B2B creative world. Perhaps this is of little wonder given the context of a global pandemic, which has not only promoted businesses’ exploration and adoption of AI but also the need for us all to demonstrate our humanity.

Let us return briefly to ‘Robot and Frank’, which succeeds in emphasising Robot’s shortcomings and demonstrates just why he is unlikely to be Frank anytime soon, especially in the creative sphere. In the film, Robot performs well when tasks are routine and human interactions are simple or logical. He is able to learn to pick a lock but cannot read emotions or more complex situations that require him to modify his behaviour, like recceing a building ahead of burgling it.

This makes for great comedy while neatly summing up AI’s need to work within clearly defined boundaries. Machines like and learn from patterns. They don’t like to ‘think creative’ or outside the box, and have difficultly processing emotions and dealing with the random or unexpected – all things that most humans do very well given that they are inherently human qualities; all things that we creatives do excellently!

We would love to update our AI infographic but haven’t been able to find any more recent equivalent data. If you know of any, we’d love to hear from you.

If you have a B2B brand or creative challenge we can help you ‘think creative’ about, get in touch for a free 20-minute Zoom consultation. Email thinkcreative@neoposition.com to get in touch.

The magicʼs in what we do together

We will be your partner for inspiring content, data visualisations and brand design. Add our independent thinking to your capabilities for alchemy that delivers creative gold – from concept creation and ideation through to execution and delivery.

We’ll work closely with you to create the kind of chemistry that makes you shine.

The magicʼs in what we do together

The magicʼs in
what we do
together